skip to main | skip to sidebar

My 3rd Trimester & A Baby Update 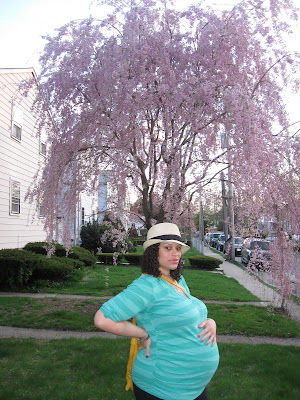 Nothing has challenged every aspect of my being more than being pregnant with the complications I've battled these past seven months. The feeling of helplessness can be overwhelming, however, contrarily, so too is the imploring need to go on fighting and hoping and believing that everything will be okay.
Last Friday saw the start to my seventh month and third trimester. Several weeks before that I was dealt another in a growing list of scares when I experienced spotting and cramping. The baby and I appeared fine at the time so I was sent home. My doctor told me it seems my body is thinking it wants to go into labor and sent me for a seventh month ultrasound. My husband has been here visiting from Paris, France for weeks, so I was thrilled that he would get to see his son for the first time. It's been very hard for us enduring an international long-distance pregnancy. As one could imagine! 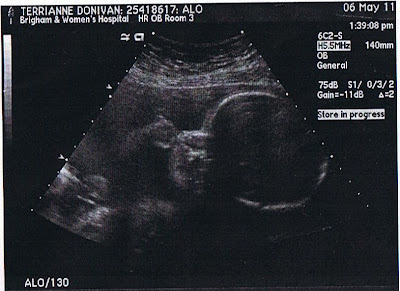 During my ultrasound the tech was very aggressive in an effort to see my cervix. As a result I began spotting, but felt fine otherwise. The doctor there told me that because of the size of my fibroids (benign uterine tumors), it's like I'm a month further along than I am... with multiples. That hasn't stopped my baby from growing to 2 lbs. 12 oz. already!
The following night, Saturday, I felt strange. It was as though the baby, who had been higher in my belly than is normal for months, had now moved lower and began turning. I also started to have more pains, contractions and pressure. On Monday I discovered I was bleeding and began to have a lot of pressure, almost as though my water was going to break. Daph rushed with me to the doctor's office so I could be examined. My doctor believed I might be going into labor and sent me to the bigger hospital, Brigham & Women's, for more testing.
There, they also believed I was possibly going into labor and did testing that disproved I was. After an ultrasound it was discovered the baby is now breech (turned head up, bottom down). The doctor said: 'Unfortunately, you just have some really gigantic fibroids and need to be monitered week to week.'
So that's where we find ourselves today...In truth, I know there's not much that can be done medically. My son's strength and fight astounds and encourages me. I continue to believe in him, and the miracle of his life, and the power of belieiving in good things. That's where I draw my strength. My husband and I are so proud of this little life that has blessed us with his existence and know we'll cherish this journey evermore when he's finally safe in our arms. 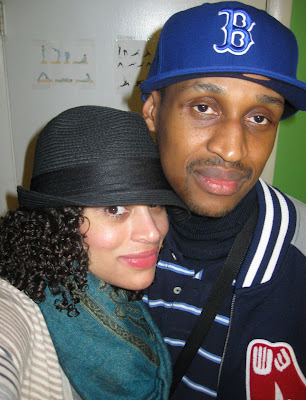 Posted by Terrianne, Call me Ree at 5:11 PM 8 comments: Links to this post

Terrianne, Call me Ree
Boston, Massachusetts, United States
I'm a Mom, first and foremost, to a beautiful boy named Barrett. And wife to my best friend, Daph. I'm a Boston girl, born and raised. When life gives me lemons, I make lemon cookies. I'm passionate about cooking. I believe that food should not only nourish and taste good, but also inspire and be adventurous. As should life! I live for love, that feeling you get when you know you're truly alive and total world domination. Rest assured, I only intend to spread peace... and pieces of cake.